An Experienced Group of Neurologists, Radiologists, Technologists and Serial Entrepreneurs

Deep expertise across clinical and imaging disciplines, paradigm-shifting technology, and management/investor experience all come together at RapidAI. With our exceptional staff, we are redefining how technology and medicine can work together to solve neurovascular disorders in ways never before possible.

Get to know our team.

Board of directors
Read Bio

Don has enjoyed a 40-year career in technology operations/management, venture investing, CEO positions, and board roles. During the last two years at RapidAI, he has helped expand the business five-fold, positioning RapidAI among the biggest public health improvements in the last decade. Before that, Don founded the Canary Foundation—the world’s first non-profit organization focused solely on funding/discovery/development of tests for early cancer detection—and together with leadership at Stanford University created the Canary Center at Stanford. Prior to that, he was CEO of Openwave, which invented much of the early mobile Internet technology. During his 10 years at Cisco, he built the IBM business, the Access business, and the Service Provider line—overseeing business of $12+ billion in annual revenue.

In 2018, Don was the recipient of The Dean’s Medal, one of the highest honors at Stanford University School of Medicine for his medical, humanitarian, or other contributions that have significantly advanced the mission of Stanford Medicine. He continues to be a consulting professor at Stanford University.

A native of Canada, Don holds a BSEE and Honorary Doctorate of Law from the University of Saskatchewan. 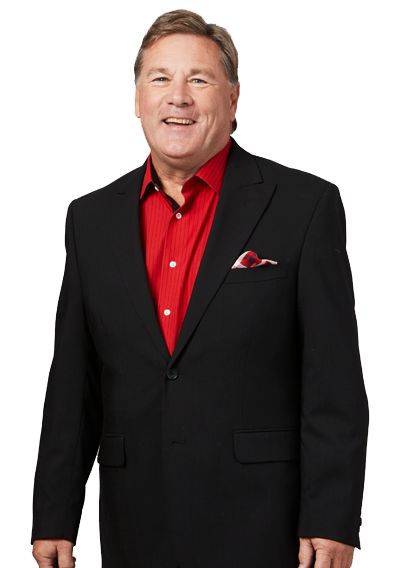 Greg has been instrumental in the development of the Rapid platform. Since 1992, he has served as the director and co-founder of the Stanford Stroke Center. His primary research focus is the diagnosis, management, and prevention of ischemic stroke. Working with his team, he has used advanced imaging technology to expand the treatment window for ischemic stroke and has been the principal investigator of all three DEFUSE studies. These NIH-funded research projects clarified the evolution of brain ischemia and led to extending the treatment window for stroke to 24 hours in 2018.

He is also the Coyote Foundation Professor of Neurology and Professor, by courtesy, of Neurosurgery at Stanford University Medical Center. A prolific and distinguished researcher, Greg has authored 450+ articles on cerebrovascular disease topics in peer-reviewed journals and serves as the Chairman of the Stroke Treatment Academic Industry Roundtable (STAIR).

A recipient of the American Heart Association’s David G. Sherman Award for Outstanding Contributions to Stroke Research in 2011, he received his MD from the University of California San Diego and completed his residency and stroke fellowship at Stanford University.

Roland was instrumental in helping develop early engineering/regulatory team members at RapidAI, and the business plan for core-lab services for two large industry-sponsored trials. A serial entrepreneur with 30+ years of experience developing academic/commercial software, he is Co-Director of the Stanford 3D Lab. Roland has published 240 peer-reviewed articles, holds 28 patents, and authored the seminal stroke and perfusion imaging textbook.

Since 2017, he has been Professor of Radiology and Director of Research Excellence in Neuroimaging at the University of Melbourne, and Director of Quantitative Neuroimaging at the Royal Melbourne Hospital, Australia. From 2001 to 2017, he served as a faculty member in the Department of Radiology (and, by courtesy, Neurology and the Neurosciences) at Stanford University.

He is also a Distinguished Investigator of the American Academy of Radiology Research, and a Senior Fellow of the International Society of Magnetic Resonance in Medicine (ISMRM). He holds a master's and Ph.D. in electrical engineering from Technische Universität Graz, an MBA from Deakin University, and a professorship degree in medical physics and biophysics from Karl-Franzens-Universität Graz. 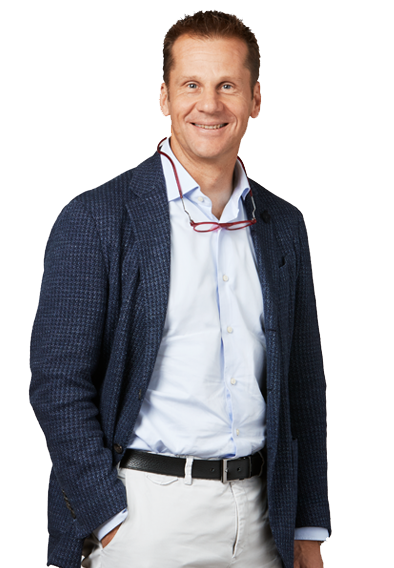 Mark has more than 40 years of experience in investment management as well as extensive experience with leading global financial services firms, and co-founded the Stanford Stroke Advisory Board. He is managing director of Brandin & Associates, an investment management firm focused on equity and option growth strategies for high net worth clients. In addition to his board position at RapidAI, he is also a Limited Partner of Jana Partners, Lithium Technologies Inc., Life 360, Vasostitch, Niveus Medical Inc., Seraph Group, Simpson Interventions Inc., and A to Z Sports. His career has included executive vice president positions at Quick and Reilly, Inc., Charles Schwab & Co., Crocker National Bank, and positions at Shearson Lehman Hutton and First National Bank of Chicago.

Mark holds a degree in strategic marketing from Harvard University Graduate School of Business, an MBA from the University of Chicago, and a BA from Stanford University. 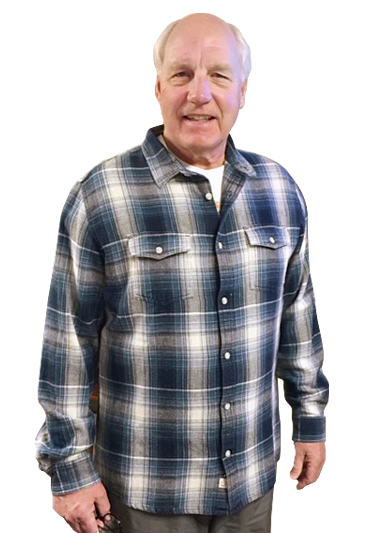 Jack has more than 35 years of experience across the pharmaceutical, healthcare, life sciences, software, and technology industries. He has broad leadership experience in public and venture-based companies, and has led and advised companies through fast growth, international expansion, and complex capital-market transactions and restructurings. Prior to joining RapidAI, he held leadership positions at NovaBay Pharmaceuticals (NYSE), Attainia Inc., Dilithium Networks, infoUSA (NASDAQ), and Integrated Biosystems Inc. Jack has also held corporate finance positions at Matrix International and began his career at KPMG Peat Marwick. 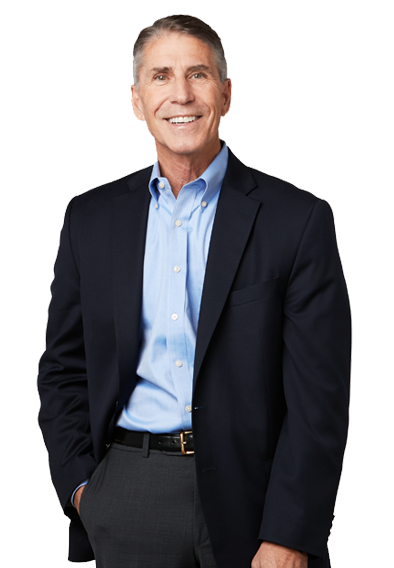 An experienced board-certified physician and educator, Anil has been in the medical software and device industry for 20+ years. He has extensive experience in sales/marketing, specifications, clinical expertise, and business intelligence—working in both small and large organizations to develop and market fast time-to-market, high-quality solutions. Prior to joining RapidAI, he founded HCPartner.com, a data management firm for healthcare and industry, and held instrumental medical roles at Attainia, Neoforma, and Zonare, from the early startup phase to shipping products. Before entering the med-tech arena, he had a clinical practice and also served as a department administrator for 11 years in a large hospital system, working closely with clinicians, support staff and healthcare executives.

He has a medical degree from St. Louis University School of Medicine. 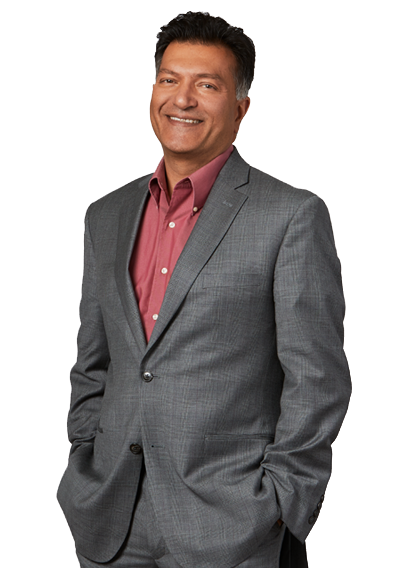 With 25+ years of experience in clinical evaluation and market introduction of surgical and minimally invasive devices, Marc has been instrumental in bringing new technologies to market in the European Union (EU) for surgical procedures, cardiology, surgery, urology, and interventional neuroradiology. Prior to joining RapidAI, he served as an independent consultant for a number of U.S. based medical device companies including Medina Medical, NFocus Neuromedical, and Concentric Medical—providing key support and leadership for clinical evaluation of new technologies and commercial activities in the EU. Prior to that, he worked in a number of sales, marketing, technical support, and product management positions in biomedical companies based in Belgium and The Netherlands including Tyco Healthcare (now Medtronic), The Surgical Company, and Auto Suture (US Surgical).

He holds a master’s degree in movement science from the Université Catholique de Louvain (UCL) in Belgium. 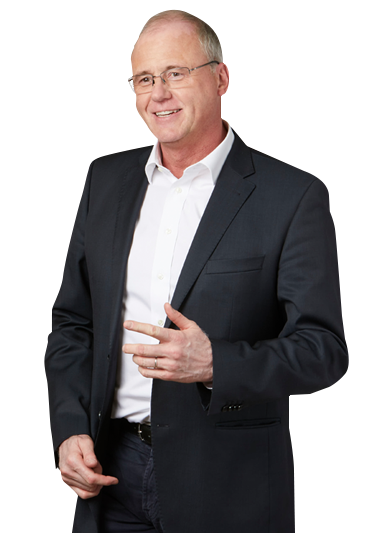 Krates has 20+ years of experience building and managing high-performing global engineering teams and driving development processes focused on delivery. Before his position at RapidAI, he led the re-platforming of the entire software system at Invoice2go and increased the rate of delivery by 400%. Previously, he co-founded and was Chief Technology Officer at CliniCast, later acquired by Elekta. CliniCast was an enterprise healthcare software startup where he built a robust solution integrating machine-learning outcomes into everyday workflow and decision-making of cancer care providers.

He holds a BS in computer science from the University of Waterloo in Ontario, Canada. 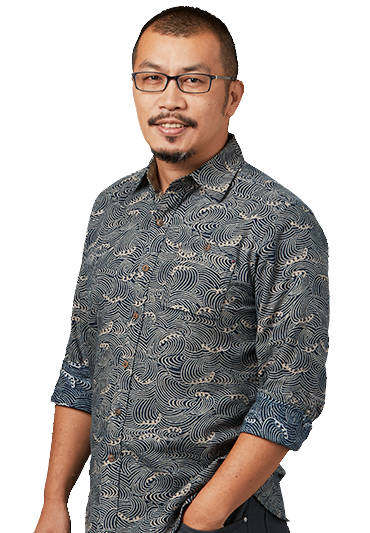 Diane brings more than 25 years of experience as a technology marketing leader to RapidAI. Prior to joining RapidAI, she was the Vice President of Marketing at Serviceaide—an AI-based virtual agent company—and Teradici, a cloud-based visualization company. In both roles, Diane was responsible for all aspects of marketing from event and sales enablement to public relations, demand generation, digital marketing, analyst relations, branding, and more. Earlier Diane had a long tenure with Cisco where she held a variety of senior corporate and international marketing roles, including building a world-class strategic communications organization from the ground up. While at Cisco, she also spearheaded the development and messaging strategy for a service brand and renamed the entire services portfolio. Before that, she held key international marketing communications positions at Sun Microsystems.

Diane has a degree in engineering from the University of Waterloo in Ontario, Canada.

Vice President of Quality and Regulatory

Jim has 40+ years of experience and deep expertise bringing advanced technologies to market, providing leadership across the organization while engaging and partnering with regulators worldwide. Jim’s exposure as a leader in the medical device consulting industry allows him to leverage best practices from 50+ companies to accelerate regulatory approvals worldwide and maintain compliance with QMS regulations. Jim has worked in highly controlled regulatory environments to help deliver lung cancer markers for CeMines, Inc., an IVD company; led development of personalization technologies at Intel Architecture Labs; and integrated worldwide product engineering teams at Gambro. Additionally, his engineering background in high-speed signal processing for space and military applications allows for a keen understanding of the engineering process and its intersection with regulatory.

He earned an MBA from Colorado State University and a BS in computer science from Radford University. Jim is a veteran of the U.S. Navy. 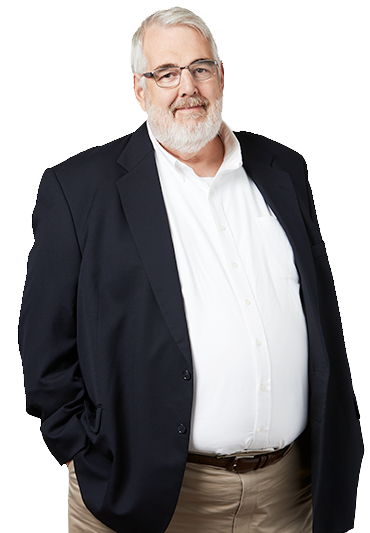 Haig has more than 16 years of experience leading technology services, support, and customer success teams and brings significant experience in life sciences and healthcare. He has also held leadership and operational management positions focused on the delivery of cloud-based services for global companies in multiple industry verticals. Prior to joining RapidAI, he worked at Data Intensity, Quintiles, and Phase Forward (acquired by Oracle). Before Oracle, he spent several years at Tufts Health Plan and Deloitte Consulting in their technology practice. 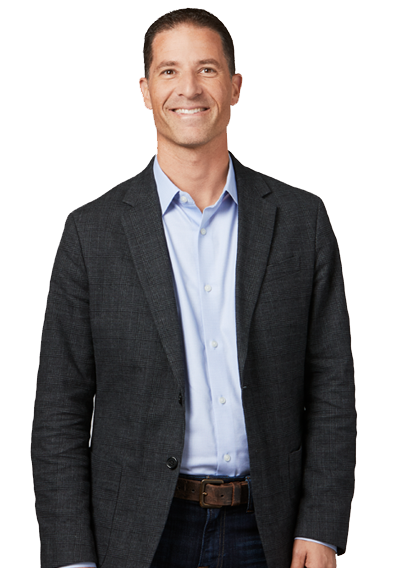 Rachel is a seasoned strategic product leader with a decade of experience leading product development teams at technology software companies in the small and medium-sized business (SMB) market and healthcare industries.  Prior to joining RapidAI, she worked at Invoice2go, building solutions to address the day-to-day problems of micro-businesses and getting her MBA at Stanford. Before her MBA, she worked at Google as the global strategy leader for Google Analytics, driving the global enterprise sales team and product and engineering teams to build, commercialize, and launch features used by millions of businesses every day.  Prior to joining the Google Analytics team, she worked in sales as an account executive and has also served on the Alumni Association Executive Board at the London School of Economics.

Rachel has an MBA from Stanford Graduate School of Business, a BA in economics and business from Kalamazoo College, and completed the general course at the London School of Economics and Political Science.