A recap of key results from RapidAI’s 2021 stroke studies

Thrombolysis and mechanical thrombectomy have revolutionized acute ischemic stroke management in the last two decades. And new AI-powered technologies such as RapidAI are helping physicians enhance stroke diagnosis and workflow.

Here’s a look back at some of the publications from this year by physicians using RapidAI, showing us how the software is making a difference in stroke care.

A retrospective study was carried out by Dr. Seena Dehkharghani and co-authors to investigate the ability of the automated software Rapid LVO to detect anterior circulation LVO on CTA scans from several institutions worlwide.

They found that Rapid LVO had a high sensitivity of 96% and specificity of 98% across subgroups – age, sex, imaging systems, and location. Rapid LVO quickly (mean average time was 3 minutes 30 seconds) detected anterior circulation LVOs without any user intervention.

Dr. Shalini Amukotuwa and co-authors carried out a retrospective study to determine whether using CTP-derived-Tmax maps improved diagnosis of DVOs.

The retrospective study showed that providing Tmax maps increased mean sensitivity for DVO detection from 70.7% to 90.4% and increased mean specificity from 87.5% to 95.7%. It also significantly improved diagnostic confidence and accuracy for the test readers.

Due to the lack of immediate access to specialists who can review NCCT scans, ICH diagnosis can be missed, or may not be identified on time. Dr. Jeremy Heit, Dr. Francisco Mont’Alverne and co-authors conducted a retrospective study to evaluate whether the automated software Rapid ICH can help physicians by accurately detecting ICH and notifying them.

The results showed that Rapid for Angio’s analysis of CBCTP data and Rapid CTP’s analysis of MDCTP data were comparable. There was a strong correlation between the ischemic core and hypoperfused tissue volumes. Rapid for Angio optimized for CBCTP could help facilitate stroke workflow and stroke care.

A multicenter retrospective cohort study was performed by Dr. Carlo Cereda and co-authors to examine whether BAO patients with limited regions of severe hypoperfusion can benefit from EVT.

2,062 analyzes were performed. The software diagnosed 85 large vessel occlusions and 149 ICH. The mean ASPECT score was 8.4 (±2.1). 113 reperfusions were performed. RapidAI software presented the imaging data to physicians in a quick and secure manner, facilitating stroke diagnosis and treatment. 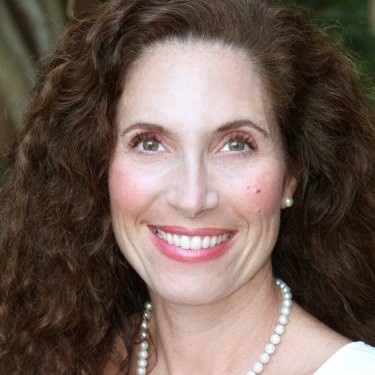 Dr. Carolina Maier is the VP of Clinical Affairs at RapidAI. She has a PhD in Neuroscience from Stanford University and over 25 years experience in cerebrovascular research.

Analysis of pooled data from six randomized clinical trials (RCTs) showed that patients who met the imaging profiles of the DAWN and DEFUSE 3 trials and underwent endovascular thrombectomy (EVT) in the late window (6-24 hours) had...
END_OF_DOCUMENT_TOKEN_TO_BE_REPLACED