A brief history of stroke care

by Krithika Muthukumaran on October 29, 2021

Stroke was first documented by Hippocrates, the “the father of medicine” in the 5th century BC. He named the condition “apoplexy” which in Greek means “struck down by violence,” to describe a person who suddenly falls and becomes unconscious.

Centuries later, in 1658, Dr. Johann Jacob Wepfer, a pathologist and pharmacologist based in Switzerland discovered that apoplexy was caused by disruption of blood supply to the brain after performing post-mortem examinations on people who died due to apoplexy. He identified that the blood supply to the brain was disrupted either due to bleeding in the brain or blocking of the arteries by blood clots. 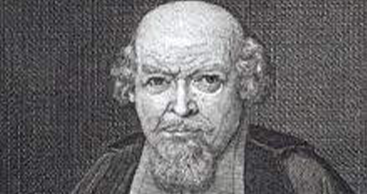 The discovery of X-rays by Wilhelm Conrad Röntgen was revolutionary, and it quickly became a widely used diagnostic tool in medicine. However, until the 1920s, X-rays could only be used to visualize calcified tumors or foreign metallic objects in the brain. The skull and cerebrospinal fluid did not permit good quality diagnostic images of the brain. 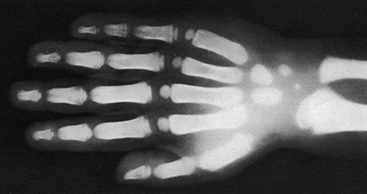 António Egas Moniz, a Portuguese neurologist, along with his colleague Pedro Almeida Lima, experimented with various contrast agents to help enhance brain imaging. In 1927, they reported the first clear image of the carotid artery and its intracerebral branches after injecting 25% sodium iodide into a 20-year-old man’s internal carotid artery and temporarily occluding the artery with a ligature.

Direct percutaneous puncture of the cervical carotid artery became the main method to visualize intracranial blood vessels for the next 20 years.

Experiments were being conducted simultaneously to try and inject the contrast agent using a catheter. In 1953, Sven-Ivar Seldinger, a radiologist at Karolinska Institute in Stockholm, Sweden, perfected the technique for percutaneous catheter placement into blood vessels.

In the 1970s, the development of CT scan and MRI by Hounsfield and Damadian respectively led to a breakthrough in medical diagnostics and clinical medicine. Using CT scan and MRI, physicians were able to produce good quality images of the blood vessels and surrounding tissues and identify whether a patient suffered from an ischemic stroke or a cerebral hemorrhage. 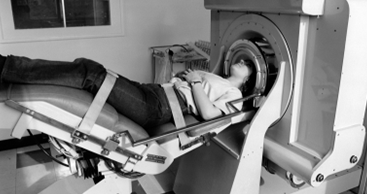 In 1996, tissue plasminogen activator (tPA) was approved for use by the FDA to treat acute ischemic stroke within 3 hours of symptom onset. 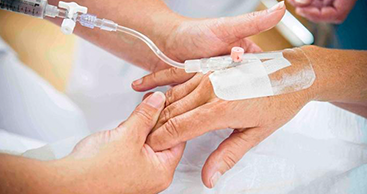 In 2015, the American Heart and American Stroke associations recommended endovascular thrombectomy as the standard method of treating patients diagnosed with acute ischemic stroke up to 6 hours from the onset of symptoms. 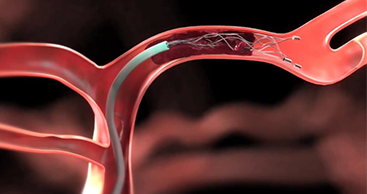 In 2015, five landmark clinical trials showed the benefits of endovascular thrombectomy in select patients diagnosed with acute ischemic stroke up to 6 hours from the onset of symptoms. SWIFT PRIME and EXTEND-IA trials which used the automated software RapidAI for patient selection had larger treatment effects and good outcome rates.

In 2018, two landmarks clinical trials, DAWN and DEFUSE, which used RapidAI software to select patients, proved that endovascular thrombectomy can be used to treat patients diagnosed with acute ischemic stroke up to 24 hours from the onset of symptoms.

These clinical trials led the American Heart and American Stroke associations to extend the time window for endovascular thrombectomy from 6 hours to 24 hours, increasing the number of patients who can now benefit from this life-saving treatment.

In 2019, the EXTEND trial, which used RapidAI software to select patients, proved that patients diagnosed with acute ischemic stroke could receive tPA for up to 9 hours from the onset of symptoms.

In 2020, RapidAI solutions received FDA clearance to identify suspected large vessel occlusion in patients diagnosed with ischemic stroke and to notify physicians of possible intracranial hemorrhage. It also became the first solution to receive FDA clearance in the CADx category for its Rapid ASPECTS product.

RapidAI stroke solutions are now used in over 1800 hospitals worldwide and continue to help physicians to quickly diagnose stroke and provide life-saving treatment.

Check out the abridged version of the stroke timeline here.

Krithika Muthukumaran, PhD is the Content Marketing Manager at RapidAI. She has a background in Neuroscience and looks forward to sharing informative stories on the RapidAI blog.

Endovascular thrombectomy beyond the 24-hour window